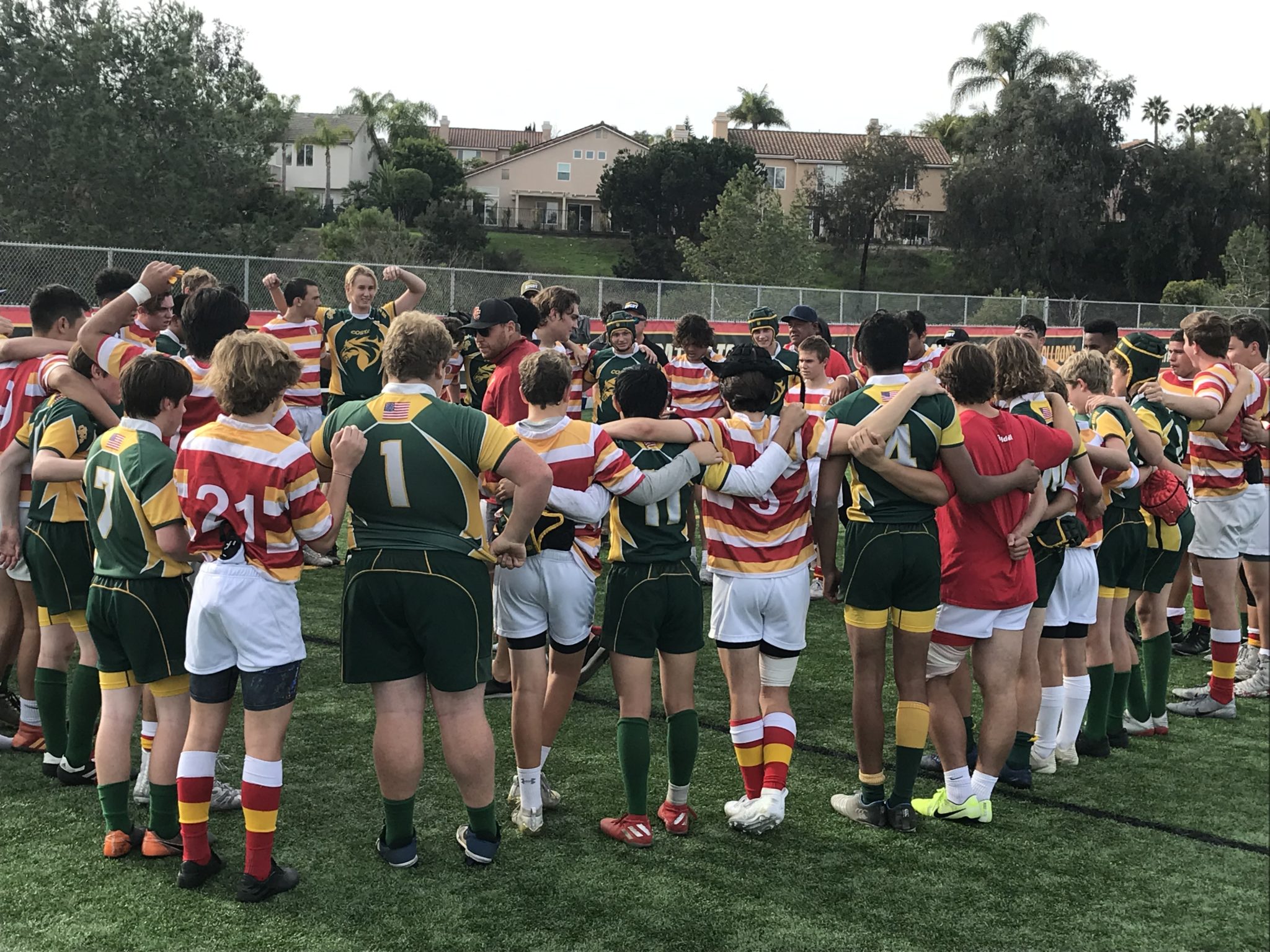 The 2020 edition of the Mira Costa Rugby Team opened play on the road at Del Mar Heights as they took on the Dons of Cathedral Catholic.  The boys from Costa graduated 16 from last year’s squad of 28 so there are a lot of new faces taking the pitch.  The Mustangs started 4 Juniors and 11 underclassmen, 9 of which have never played in a rugby match.  Unfortunately, the massively undersized and inexperienced ruggers were thumped 0-88.  It was the worst league loss for Costa in their history.  However, despite the massively lopsided score there were some bright spots as Costa did play some quality play by the youngsters.  The problem was more an issue of size as the Costa Forwards easily were on average 100 lbs. lighter while the Backline was not much different.  The Mustangs look to regroup as they take on St. John Bosco in 2 weeks.  Costa looks forward to getting some key players who were out for the past match and will no doubt help against the Braves.