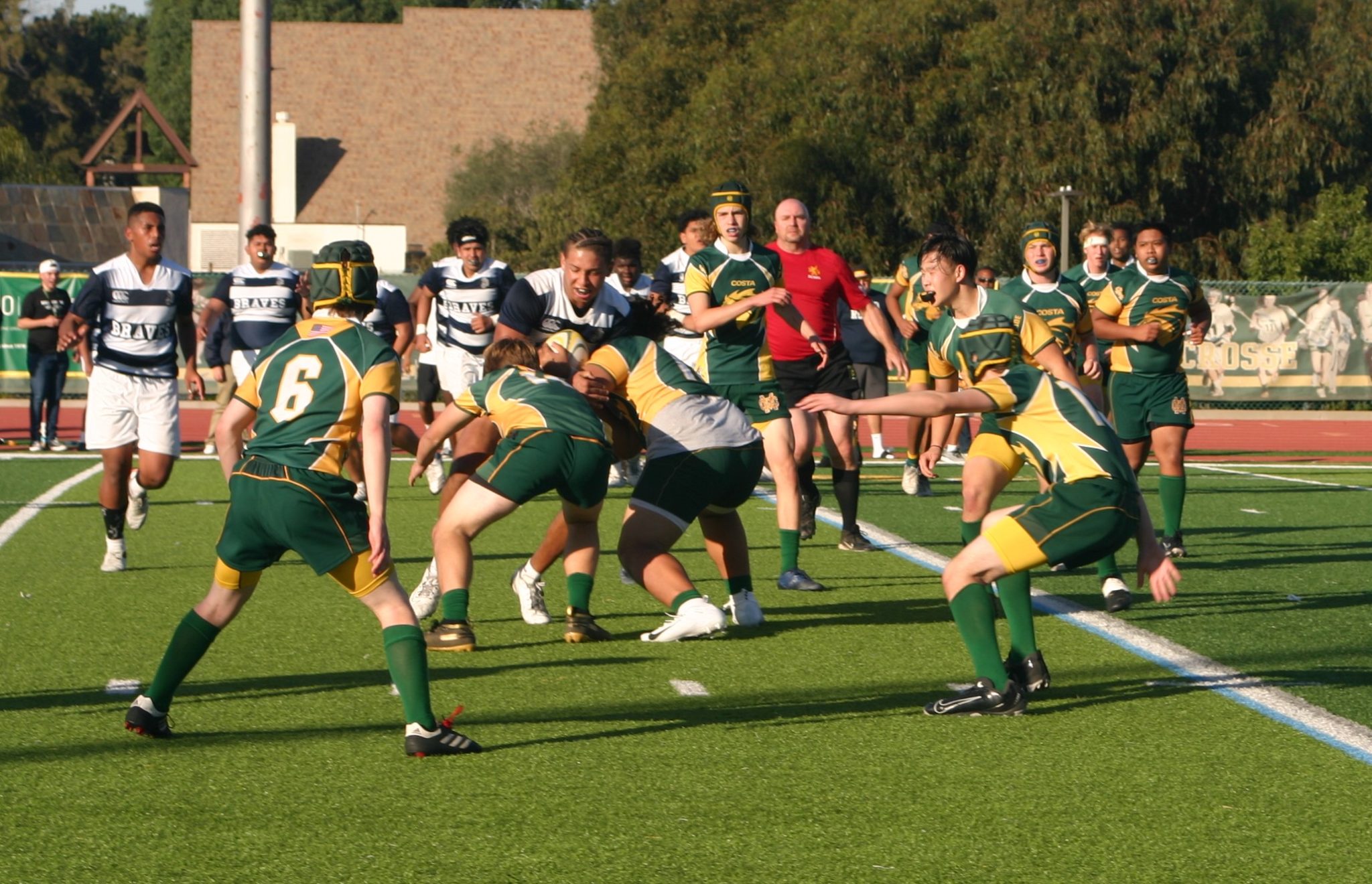 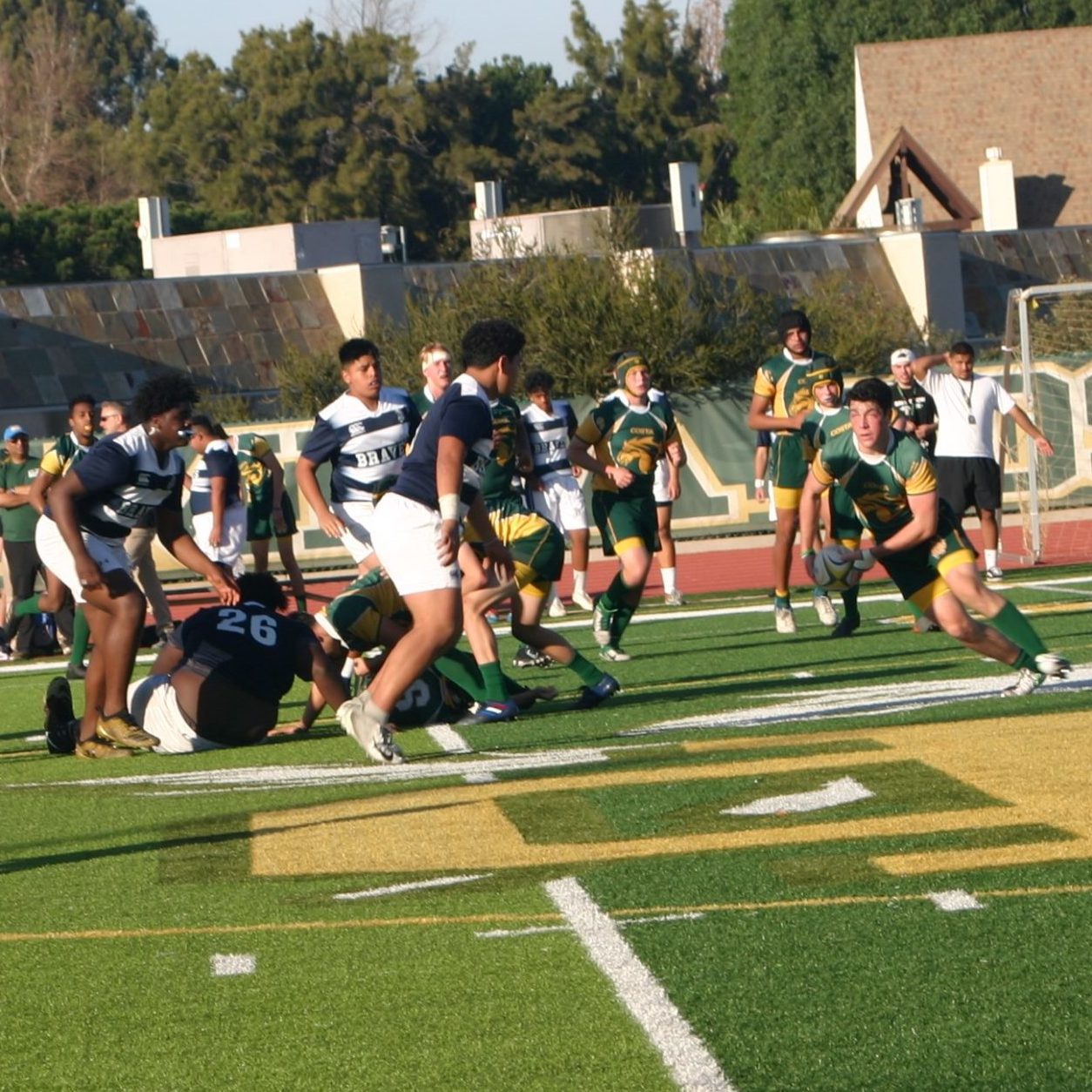 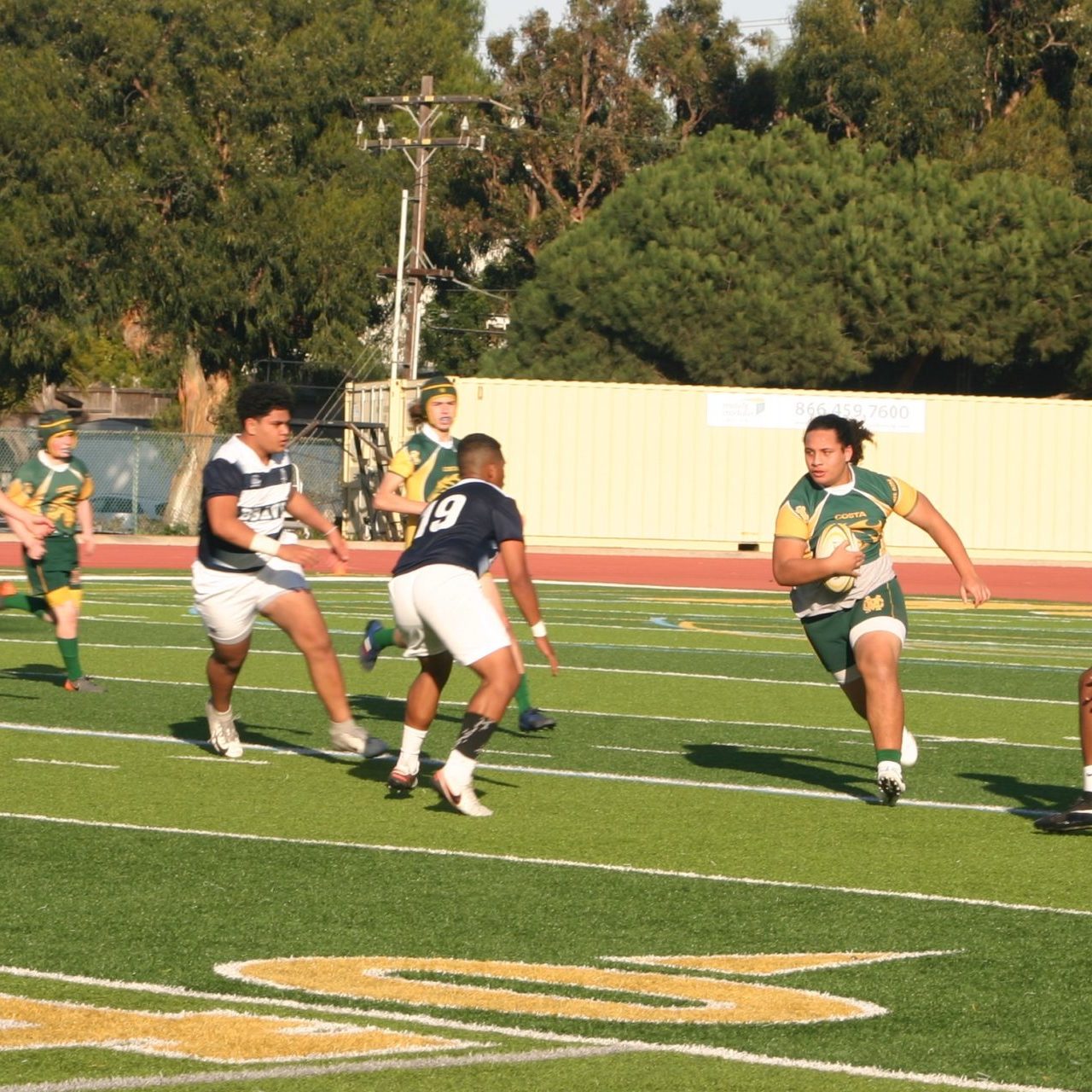 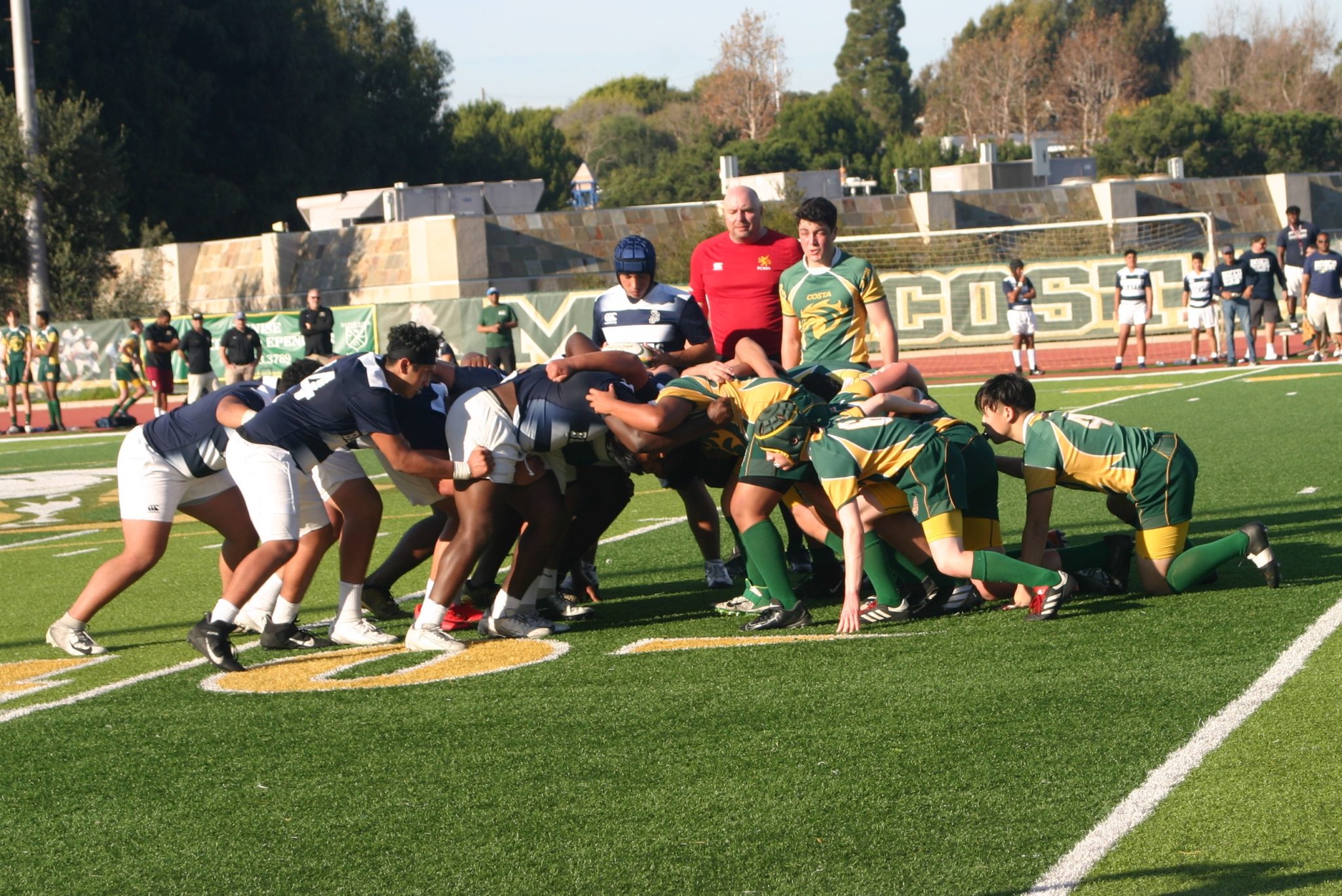 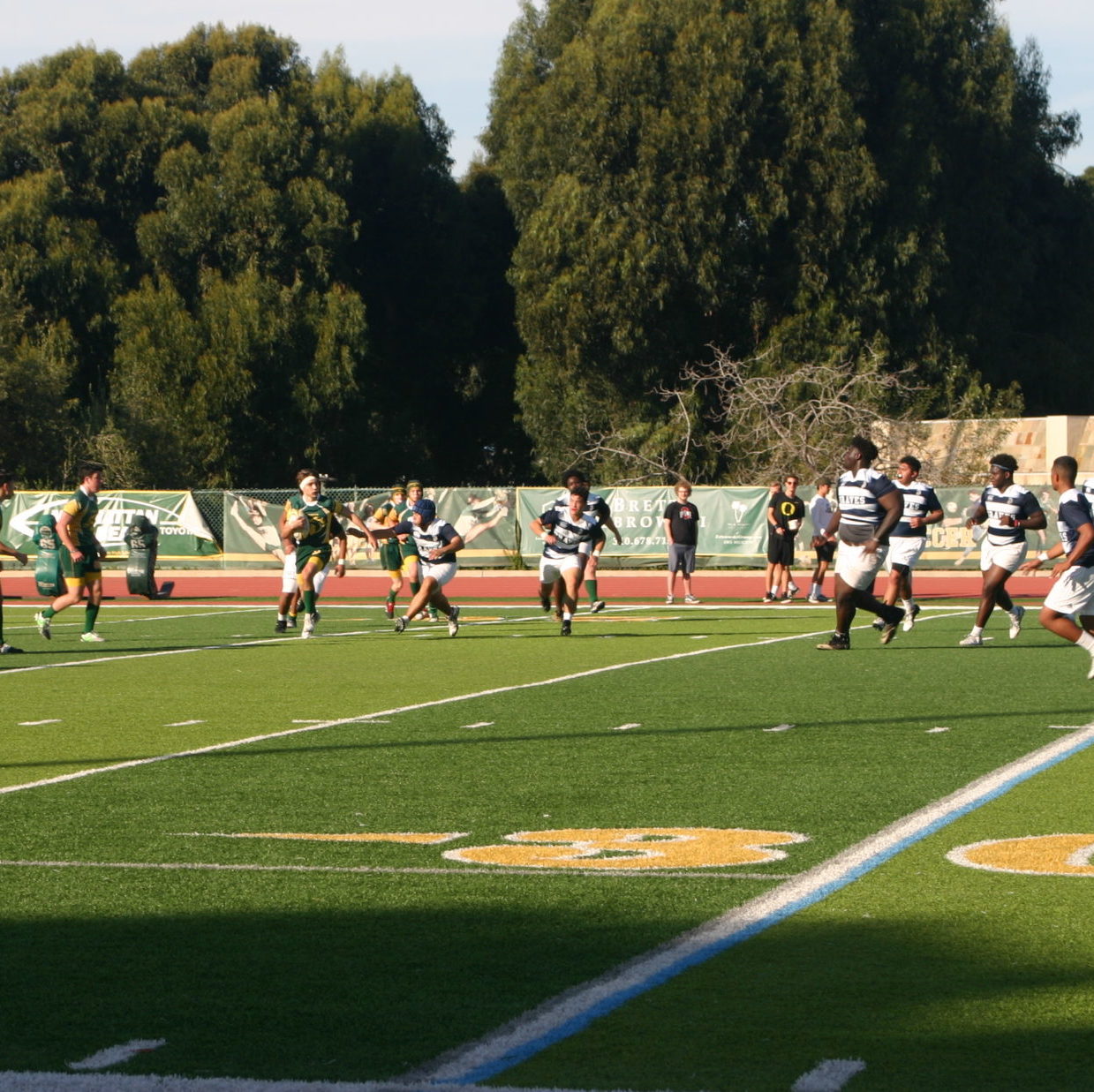 The Mira Costa Mustangs took on the defending So Cal Champs from St. John Bosco in their home opener.  The Costa boys were facing an extremely physically imposing Braves side, easily outweighing the Mustangs by 100 lbs. on average.  These guys just finished winning the HS Football national championship!

Costa got on board early with a 31 meter penalty kick from Fly-Half Giuseppe Meola.  The Braves answered by driving the ball down the pitch for a Try making it 3-7.  Meola hit another penalty kick from 27.  A few minutes later Bosco was called for a penalty.  Captain & Scrum Half Christian Hunter found the Braves sleeping and raced 63 meters for a Try.  Meola converted.  13-7 at the half.

Costa immediately gave back the lead as the 2nd half started.  Bosco powered for a Try and not long after that the Braves scored again to go up 13-21.  It looked as if the Bruisers from Bellflower were about to run away with it.  However Hunter would not allow it as he again alertly used a penalty to score from 7 meters; Meola converted 20-21.  Bosco again responded with two more scores making it 20-31 and not a very rosy picture for the Mustangs.  But the Costa boys refused to quit.  They drove the ball deep into the Braves zone.  Hunter took the ball on the weakside of a scrum and found Freshman Flanker Taveed Tamarin as he scored from 8 meters; Meola converted 27-31.  Not long after that the Costa boys drove deep into the Braves half.  Fittingly, the final Try came from Hunter off a penalty; Meola converted. 34-31.  However, there was still 6 minutes to play and the comletely outsized Mustangs played some timely defense to secure the victory.

The win evens the Costa record to 1 & 1 but more importantly was a huge step forward for the Mustangs!