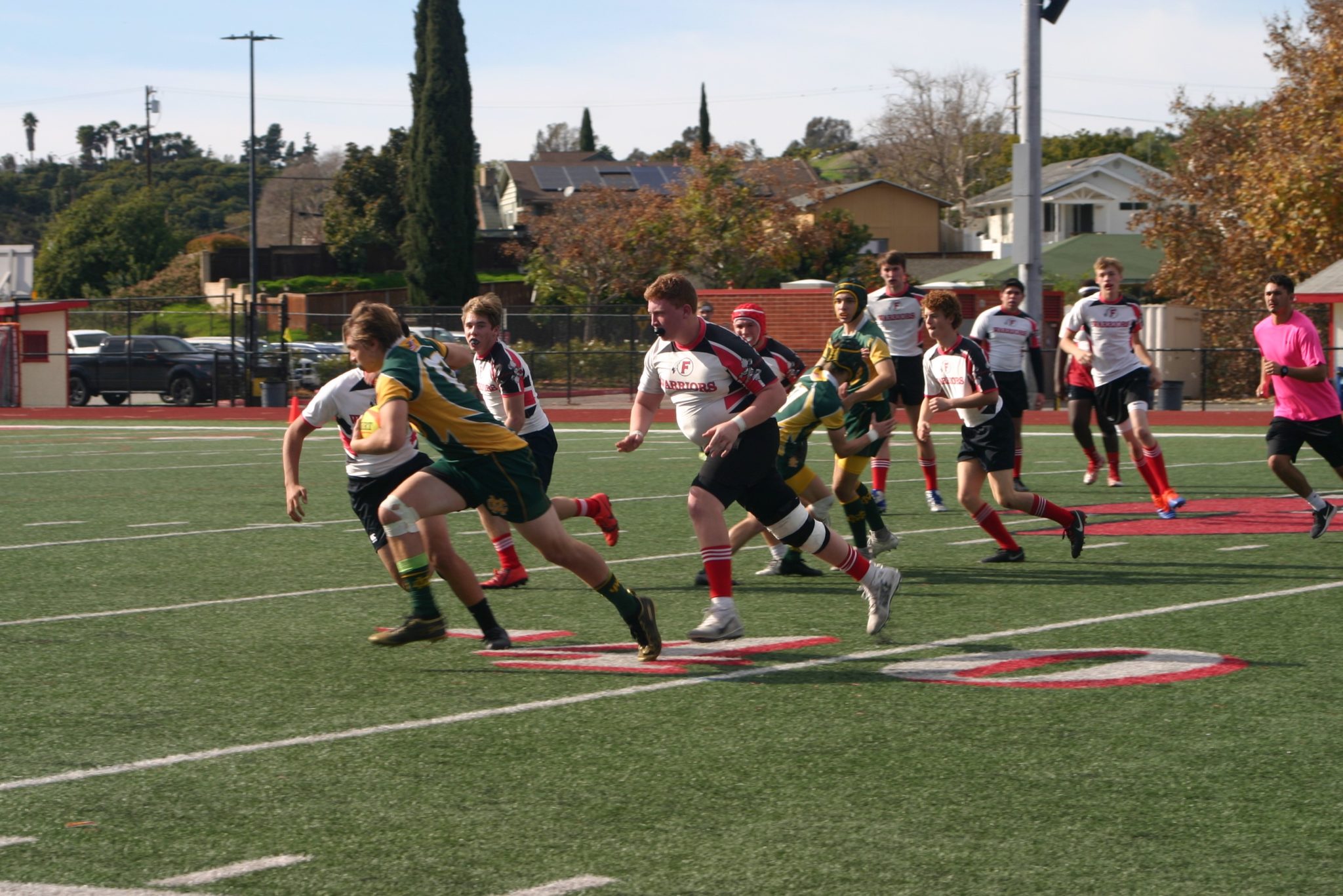 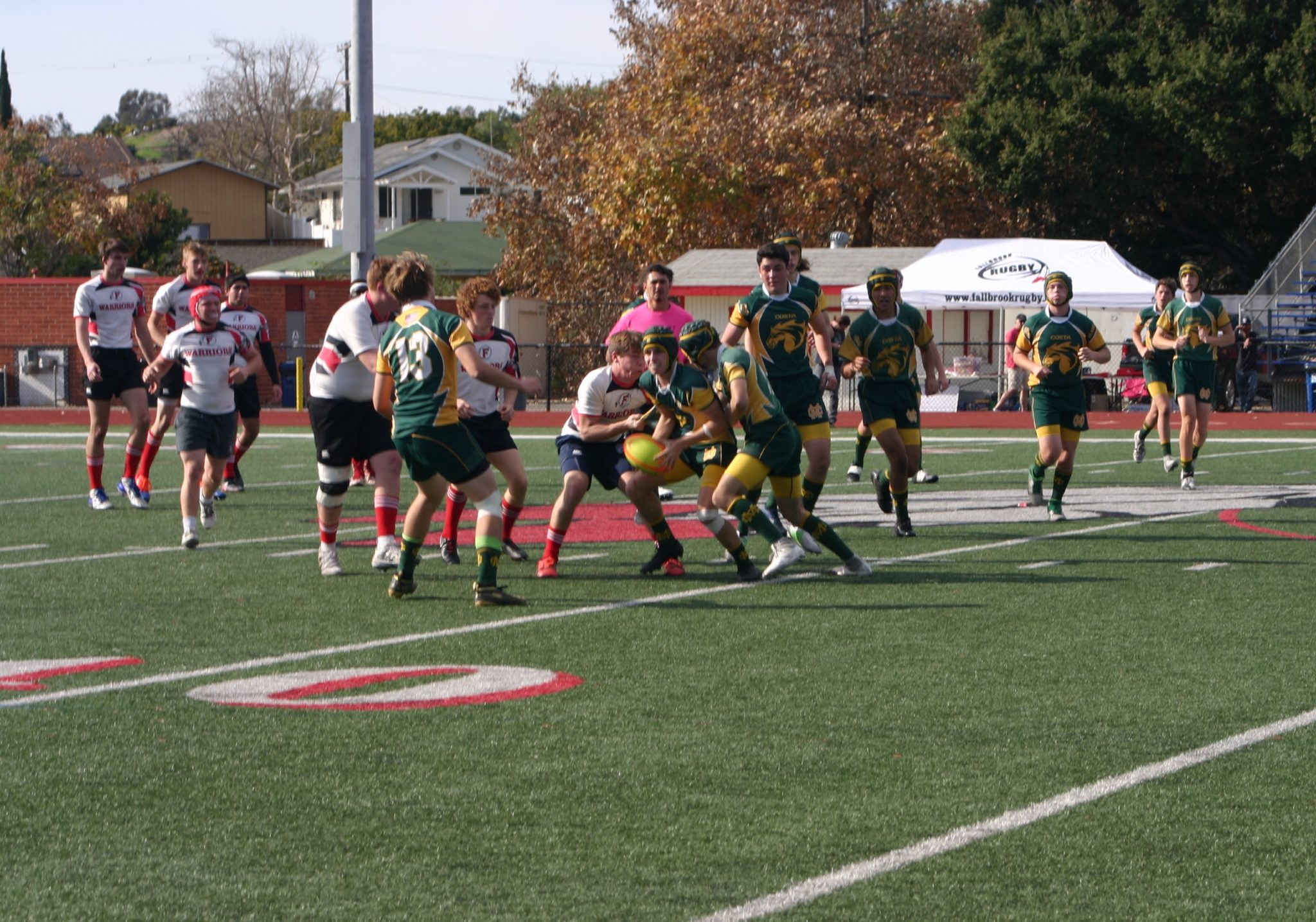 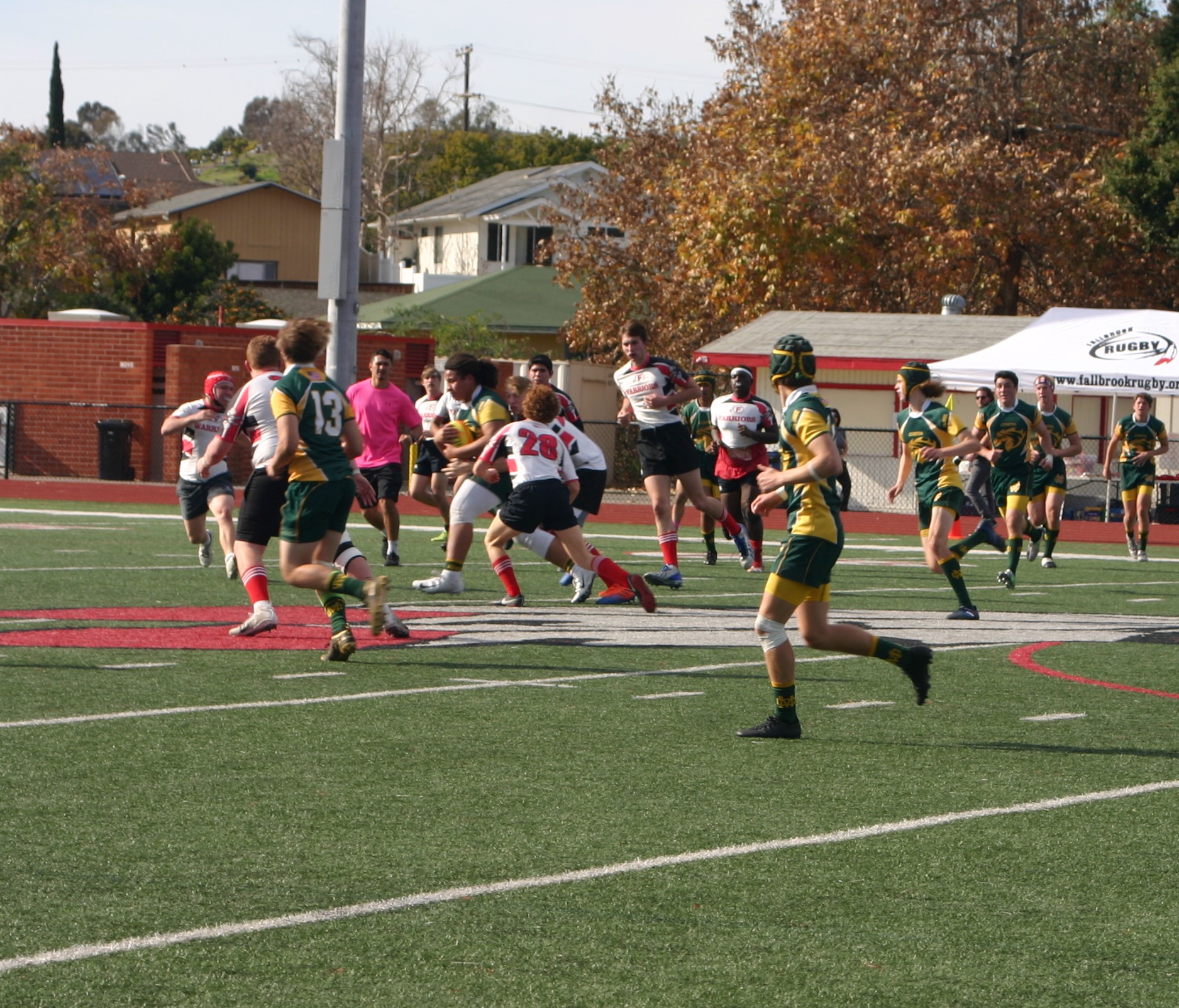 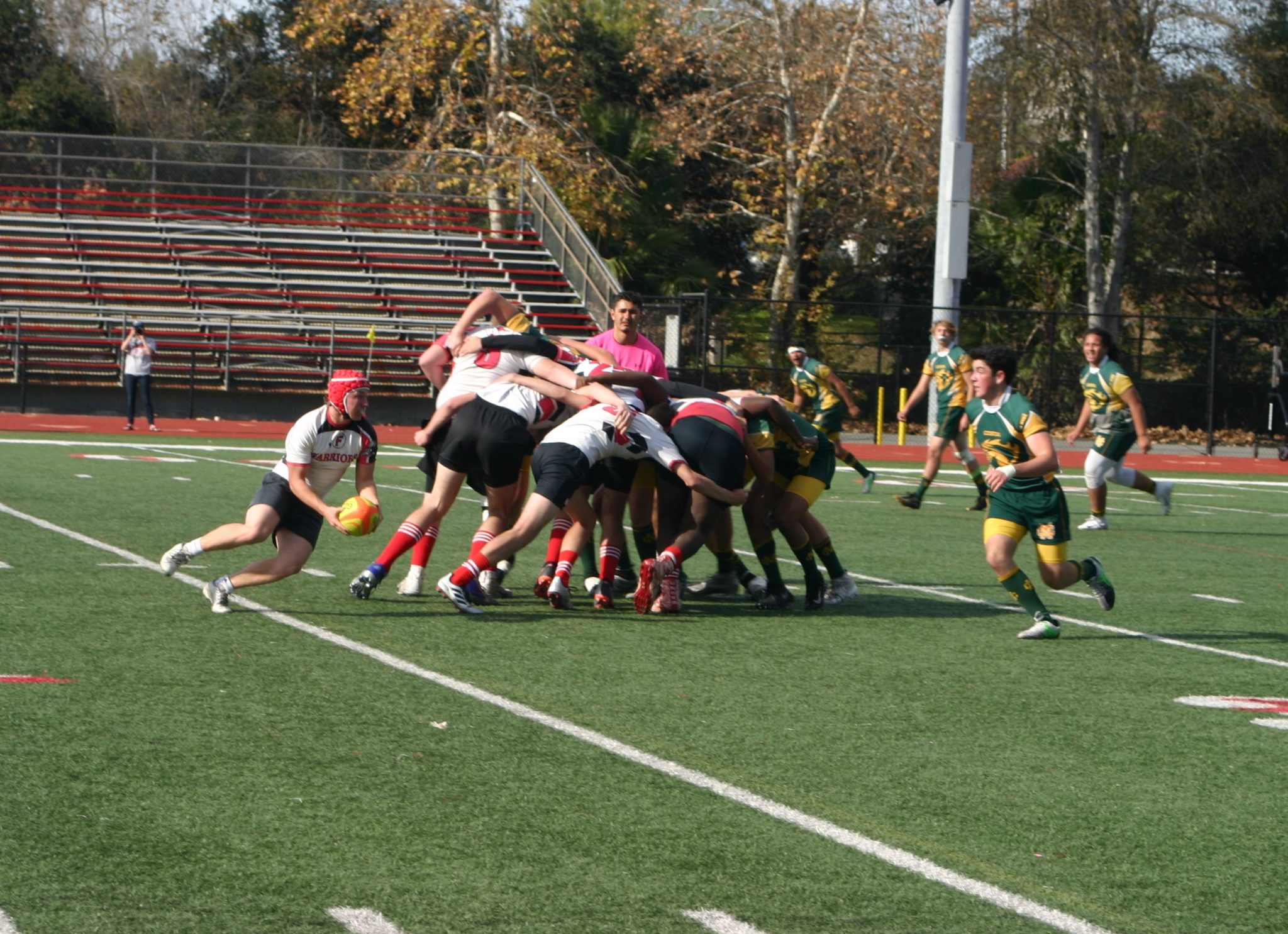 The Mira Costa Rugby team travelled south to Fallbrook coming off a sever beating by Torrey Pines the week before.  Costa looked to even up their 1 &  2 record.

On a beautiful day for rugby the Mustangs immediately pressed the Warriors deep into their own half. Less than 4 minutes into the match Senior Prop Noah Im took a loose ball in from 6 meters out for a 5 nil lead. Minutes later Inside Center Jaggar Tavai passed to Soph Winger Van Graw who sprinted 56 meters where he was tracked down by the Warrior Fullback where he made a beautiful pop pass from ground to Senior Lock John Darcy in full stride took the ball and fed Captain Christian Hunter for the Try.  Giuseppe Meola converted.  Not long af­ter that it was Graw again with a pop pass this time to Outside Center Dean Repetti who found pay dirt. The Warriors responded to make it 19-5. However, Lock Drew Brumley took a pass & blew through the defense from 46 meters out. Not long after that Meola executed a perfect grubber (a kick along the ground) which was neatly collected by Repetti for a beautiful Try – Meola converted. On the final play of the half the Warriors took advantage of a Costa miscue & converted to make the score at half 33-12.

The second half the Mustangs gave up a 77 meter run and another score to make it 33-26. However, the Costa boys regained their composure & went back to Repetti who took a pass from Tavai 13 meters out for the score and a “hat trick” …Meola converted. Shortly after that it was Tavai himself who perfectly executed a perfect “over/under” play for a Try from 19 meters. The final score of the day came once again from Repetti as again collected a kick, this time from 41 meters out.  Meola converted to make it a 52-26 final.

The win evens the Costa record at 2-2 heading into their bye week. Meanwhile the JV side will be on the road at Tesoro HS for a 7s tournament on Saturday, January 25, 2020 for a 3:15 kickoff. The boys will have at least 3 matches that day.